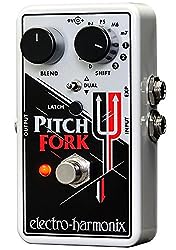 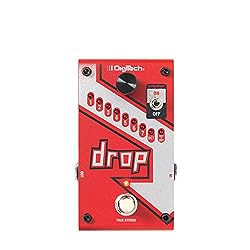 The guitar was my first instrument. It was an acoustic guitar with an electric blue body and black neck. I could only play one song then, but as the years progressed, I played prowess, albeit limited. Recently, I was gifted with an electric guitar and my choice of a drop tune pedal. I didn’t know much about them, so I took the internet to learn more about my soon-to-be new acquisition. For those who are new to this kind of instrument, like me, a drop tune pedal is used to tune the strings of an electric guitar.

We have to dive deeper into the mechanical aspects of electric guitars to understand the purpose of a drop tune pedal. Electric guitars can be programmed to play in different octaves, depending on the need. Drop tune pedals help by dropping the chord or note in semitones until it reaches a full octave drop. Think of it as a clutch in a non-automatic car. I’ve whittled down my top three brands’ choices, which also happened to be pretty big names in the industry. I’ll be reviewing them, and I will choose the best at the end of this review.

The Electro Harmonix Pitch Fork Polyphonic Pitch Shifter has 11 drop settings over three octaves. It comes in three shift modes that are up, down, or dual. It is 4.5 inches long, 2.75 inches wide, and has a height of 2.1 inches. The Pitch Fork comes with EHX 9.6DC-200mA AC Adapter, but it can also be used with a 9-volt battery. The adapter’s port is located at the top of the pedal, in between the two knobs.

It is white all over, with Shift and Blend knobs near the top. The Latch button is in the middle of the pedal. The light indicator sits to the left of the True Bypass knob. There are three jacks labeled Input, Output, and EXP, all three found at the sides’ center. The Input and EXP are on the right side while the Output is located at the left.

The markings on the pedal are mostly black with a few red elements. You can see a two-pronged pitchfork on the right-hand side with one black and one red prong if you squint. Genius design, if you ask me.

The Digitech Drop Compact Polyphonic Pitch Shifter is the compact version of its well-known predecessor, Whammy, and is 4.75 inches long, 2.875 inches wide, and weighs .36 pounds. Every purchase comes with a power adapter.

The Drop is mostly red with black markings and buttons. It has a streak of white running from the upper lefthand corner to the lower right-hand corner. The On/Off flick switch is on the upper right-hand side. There are nine light indicators for the semitones and octaves settings on which the electric guitar is playing. There are two jacks for Input and Output, located on the right and left sides, respectively.

The True Bypass pedal is at the bottom, with another light indicator on top of it. Four black screws are prominently placed on the corners of the pedal. The whole pedal has a nostalgic feel to it. It feels new and yet somehow has an air like that of a veteran who has seen many battles on stage.

The Boss OC-3: Super Octave claims the title of the world’s first compact polyphonic octave pedal. It is two ⅞ inches wide, six ⅛ inches long, and has a height of 2 ⅜ inches. It weighs 1 pound, including the battery. Its power supply is a 9-volt battery, but purchasers can choose to buy a model with an AC adaptor.

As far as nostalgia is concerned, though, nothing can beat Boss’ OC-3 design. Brown’s rugged look on this pedal speaks out to me with a black rubber pedal at the bottom. The white marking reminds me of old radios found in the homes of people who have lived that particular era.

There are four knobs at the top for Direct Level, Octave Level, Range, and Mode. The OC-3 has four jacks for Direct Output, Mono Output, your electric guitar, and your bass. The Direct Output and Mono Output jacks are placed together on the left side, while the guitar and bass jacks are on the pedal’s right side.

For the nostalgia factor alone, I’d choose Boss. However, I am looking for an excellent all-around Drop Tune pedal. All of them have their pros and cons, especially with their designs. I am a visual person, and I find aesthetics as important as use.

For these two points, I am choosing the Boss OC-3. It is also the only one out of the three pedals without complaints of the product being too expensive. For that, I consider the Boss OC-3 as the best of this batch.

We tested 14 products, researched 10 sources, evaluated 56 reviews and spent 7+ hours on our guide.